Something that’s been on my mind a lot this year in relation to my work is that of unfinished projects. I know that starting and not finishing (despite every intention to!) projects is something that’s universal, but something I’ve in particular had a very hard time making peace with.

There have been so many times where I’ve started projects or outlined a blog post or sketched some ideaI could very clearly see in my mind in their final forms; finished and complete objects and artifacts. They would never reach that state though; either from lack of sustained interest, resources, time, or, most commonly; the temptation to start a NEW project.

It used to stress me out and frustrate me to no end that there I couldn’t seem to finish every project that I started, but I’ve learned to make peace with it.

Part of the reason I was stressed by this, I think, was that there all these things on my hard drive that “could” be finished, if only I just opened up the project and finished them…all sitting right next to things that either were already finished, or were being worked on at the time.

I finally realized that the best thing to do would be to put any unfinished projects or blog posts in one, new folder so that I could signify to myself that these were things that were, almost certainly; never going to be “completed”.

I posted about this on Twitter, and got some really interesting responses:

I particularly liked what Chris Taylor had to say when reflecting on how it felt like there were so many things I started and didn’t finish this year: 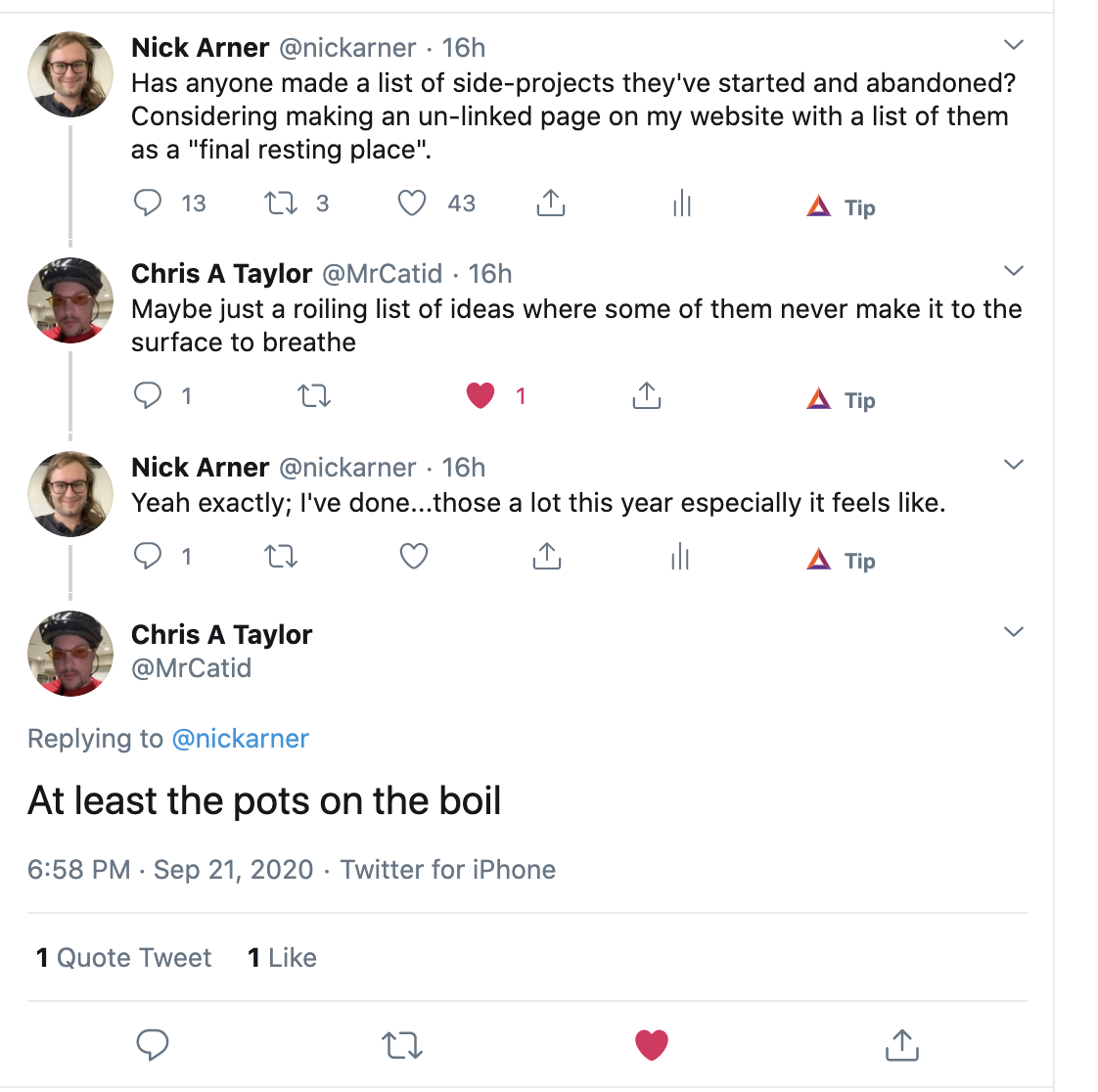 It was heartening to see that this resonated with others; I really loved that Lauren Valdez drew parallels to the Marie Kondo method of tidying up: 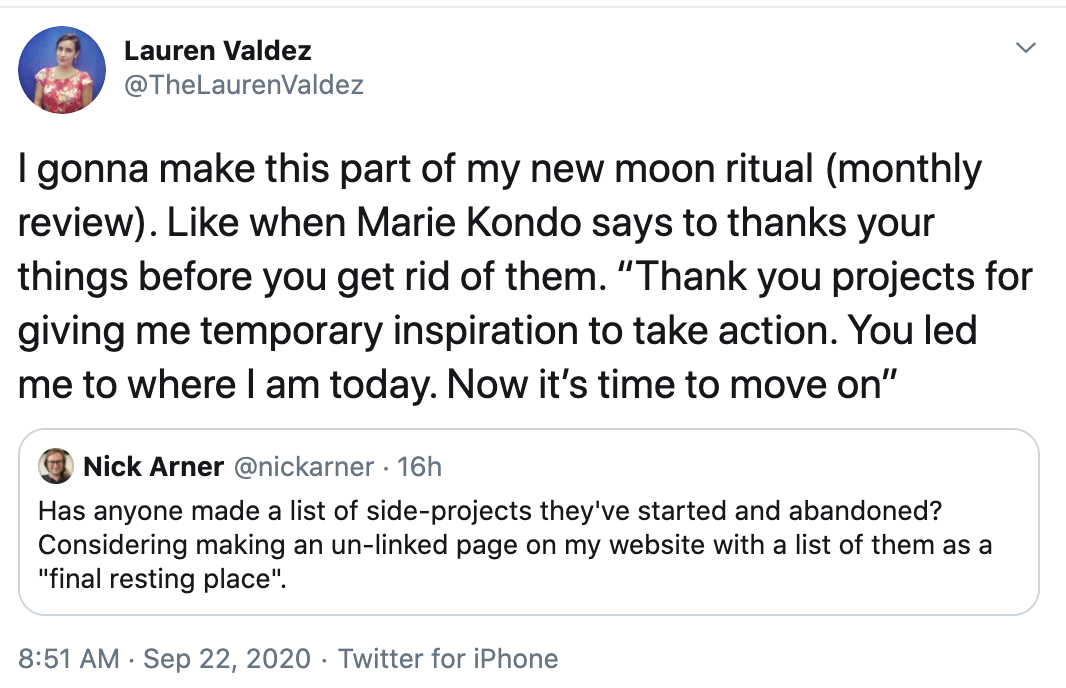 I really liked what Michael Usachenko did with for his unfinished open-source projects: 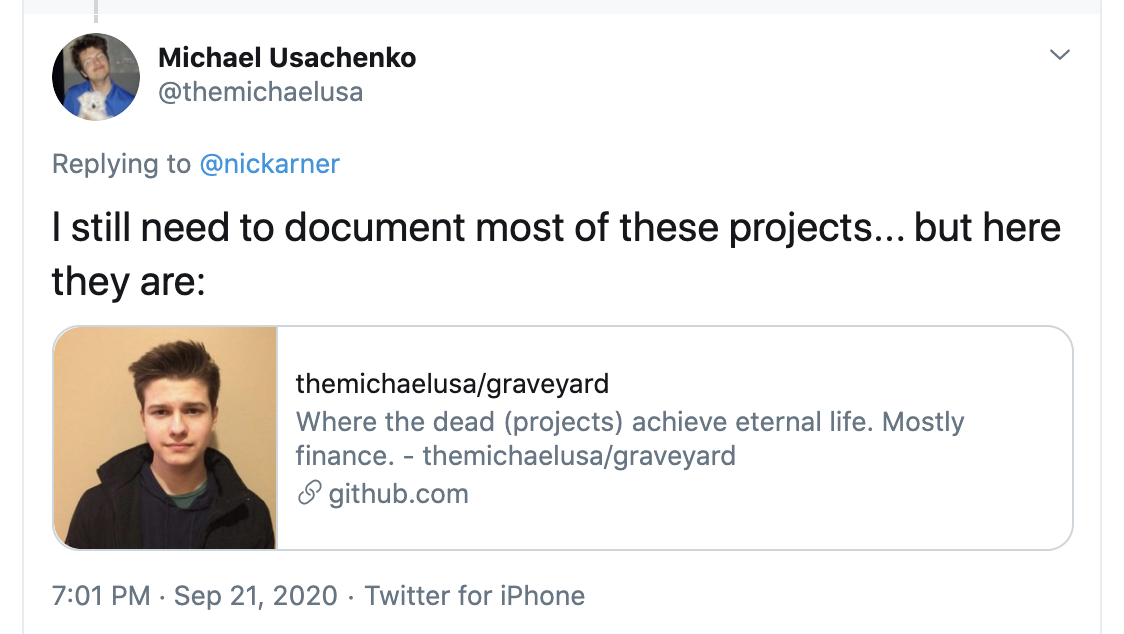 To that end, I made my own “Graveyard” repository on GitHub. I originally balked at calling it the Graveyard, but on further reflection; it was clear that, to me, this would be a “resting place” for projects and