Push Notifications and The Tyrany of Stolen Attention

As we can all attest, there’s many apps on our phones that spew forth little banners, sounds, and vibrations in attempts to get us to part with our money in some shape or fashion - and our attention.

This is not to say that all push notifications are bad - I absolutely want to know when my Uber driver has arrived, for example.

I don’t, however, want to be bombarded with ads to purchase food delivery constantly throughout my day.

Even OS vendors are guilty of this; baking ad-based notifications for their own products or services into the OS itself. This does not afford a humane computing experience. My OS should respect my desire for privacy and calm by only sending notifications that are relevant to me and that I allow to be sent - not constantly sapping my attention, or trying to sap my wallet. Sure, it is possible to turn all notifications for apps, but again, there are some contexts in which I may want to receive them, but for the majority; I do not.

The only way a more humane approach to push notifications can be realized is through the OS level itself.

What if, for example, iOS let you train it to stop showing you certain types of push notifications? 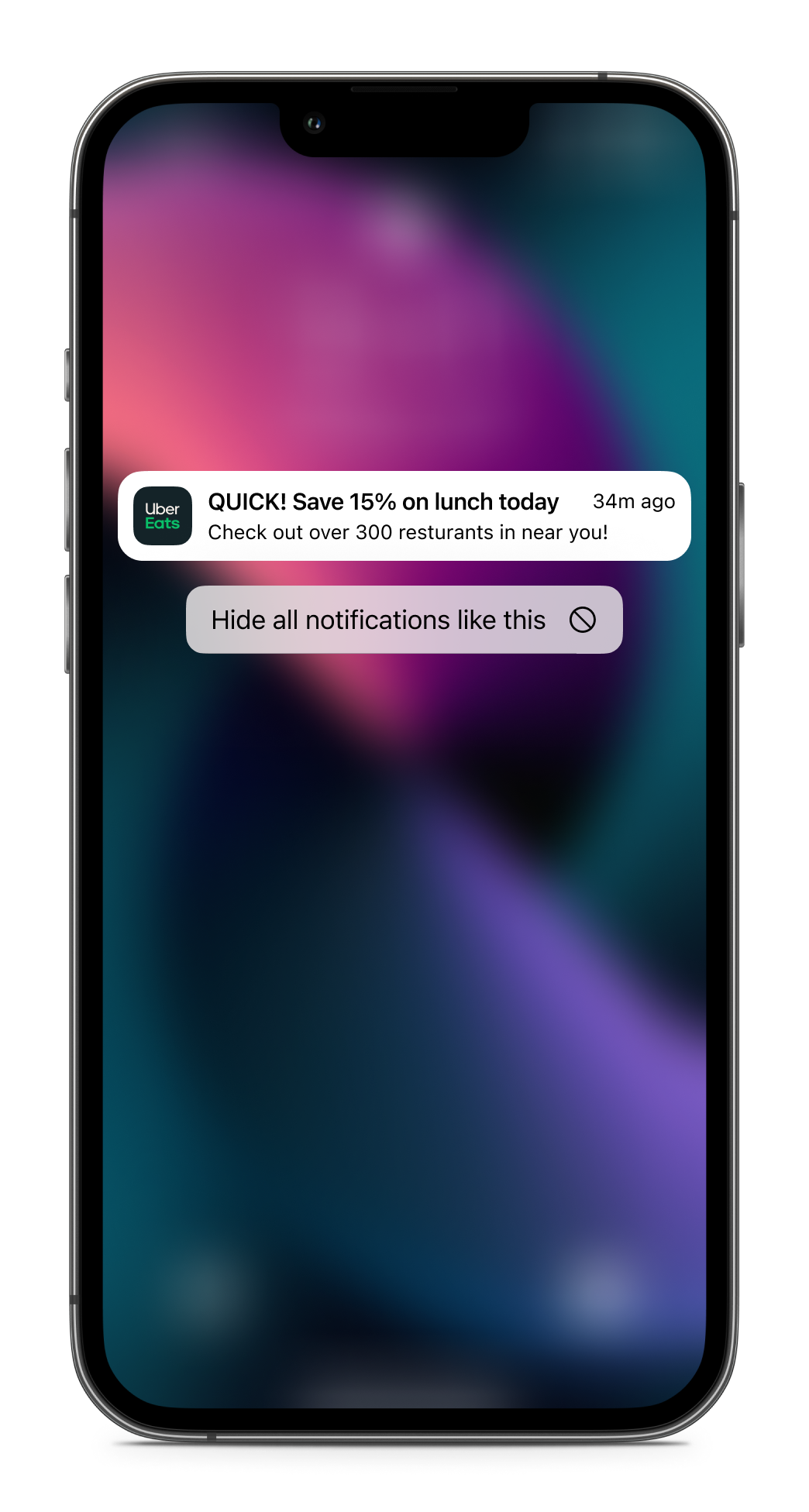 (Thanks to Parker Henderson for the quick mock of my proposition)

This learning could all be done on-device, thanks to modern machine learning frameworks like CoreML. None of the data about what notifications you don’t want to see would get sent to Apple, or to the apps that are trying to send you the notification in the first place.

Something like this would allow for people to claim more control over their attention and their relationship with using their device. Of course, this would come at the expense of the amount of revenue generated on the platform.

Computers and OS’s should respect the people that use them - including the sanctity of their attention.