One area that I’ve been exploring recently is Bluetooth communication between sensor-circuits and iOS apps. I wanted to share one of these studies, based on some of the examples provided from the good folks at Adafruit. It consists of a sensor that can detect the presence of a flame, and send that information over Bluetooth to an iPhone app, which displays the reading from the sensor.

For this study, I used Adafruit’s FLORA family of Arduino-based boards for prototyping. The FLORA boards are fully compatible with the Arduino IDE, and can be easily used in wearables projects.

The Bluetooth board I used was the FLORA-Bluetooth Module, and the sensor is a flame sensor that was included in the Inland 24 Sensors Kit. 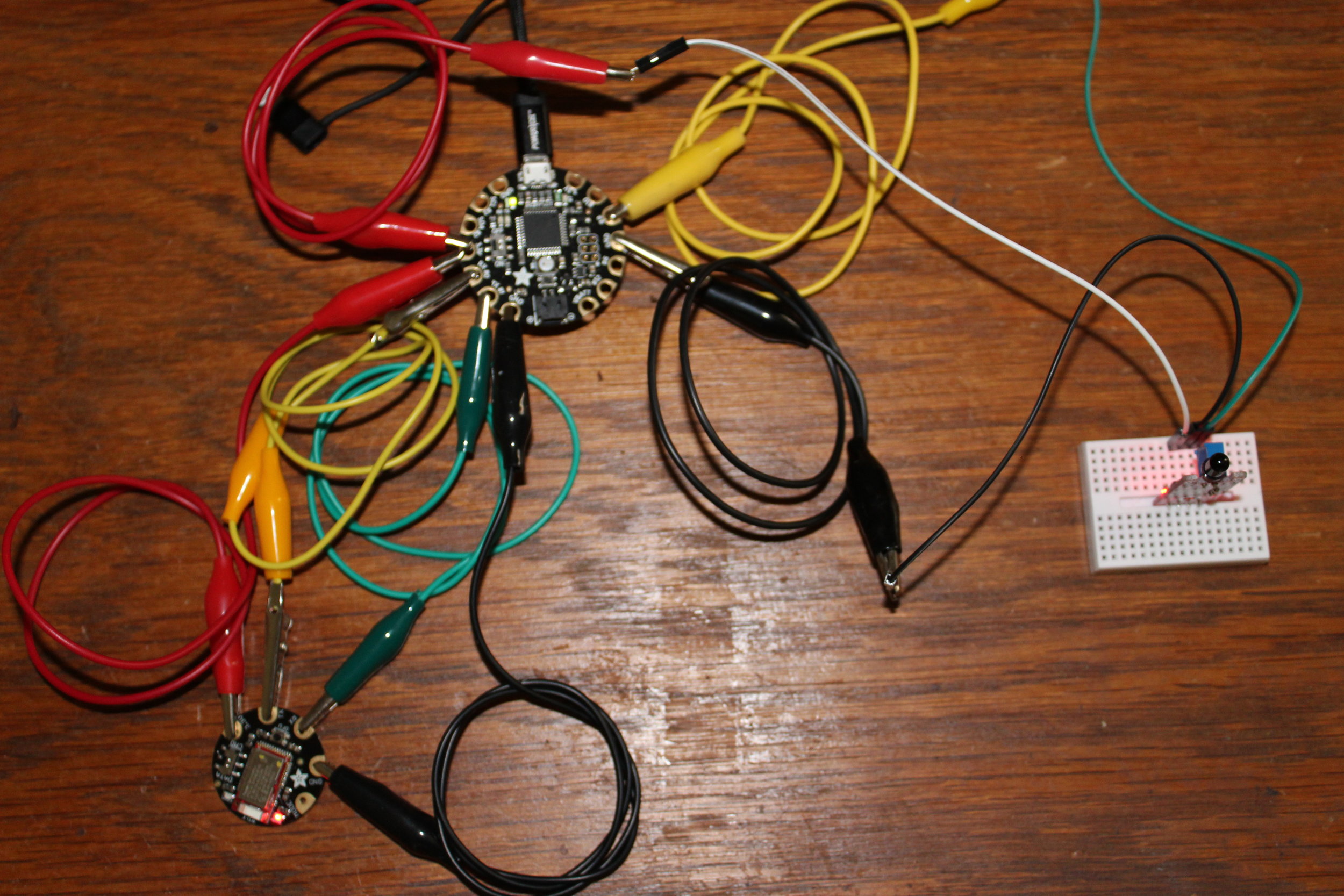 In order to run the Arduino sketch, you’ll need to make sure you have:

The sketch is build off of the blueart_cmdmode sketch that’s included in the Adafruit BluefruitLE nRF51 library. Most of the sketch is boilerplate code that’s used to configure the FLORA and the FLORA Bluetooth module.

Inside the loop function is the code that will get the value from the flame sensor, scale it, and determine whether a close flame (less than 1.5 feet away), a far flame (1-3 feet away), or no flame was detected:

The iOS app is a stripped-down version of the Basic Chat app made by Adafruit, which shows how to implement two-way communication between an iOS app and a Bluetooth-enabled Arduino.

The Adafruit Basic Chat tutorial gives a good overview on how Bluetooth communication works with iOS. For this example, the most important part is the updateIncomingData function, which will listen for incoming Bluetooth data from the FLORA sensor, and update the UI accordingly:

Running the Sketch and App

The repository for the project can be found here.